The field recordings of Muddy Waters made by Alan Lomax in 1941 and 42. In 1941 Lomax went in search of Robert Johnson, only to discover that Johnson had been murdered three years before. So Lomax recorded three tracks by Muddy Waters (McKinley Morganfield). Both he and Robert Johnson has both been taught by Son House, and Lomax also recorded six tracks by their mentor. Lomax returned the following year and recorded a further eight tracks by Muddy Waters and five by Son House. The sound on these recordings has been restored by Jean du Touche-Grande. Released on Zircon Bleu in 1999. 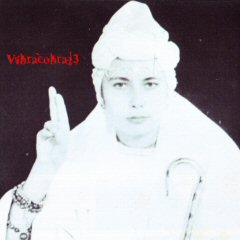 Welcome to the blog for the uploads to the Vibracobra23 and Vibracobra23 Ennui channels on YouTube. The blog format just makes it easier for everyone to find shit and to see exactly what's on there.

Based at our heart of the state studios in Maida Valeable, the Vibracobra23 channels feature hundreds of complete Peel sessions, thousands of individual Peel Session tracks, demos and live concerts.

Very high quality individual Peel Session tracks, many of which are unavailable elsewhere, are uploaded at Vibracobra23 Redux. Tracks are also arranged into a large number of playlists, each comprising 23 songs and lasting roughly the duration of a C90 cassette: perfect for your daily Peel Session fix. Additional material can be found at Vibracobra23 Dulosis and Vibracobra23 Miasma. Here there be Musings

Buy me a cuppa: https://ko-fi.com/vibracobra.